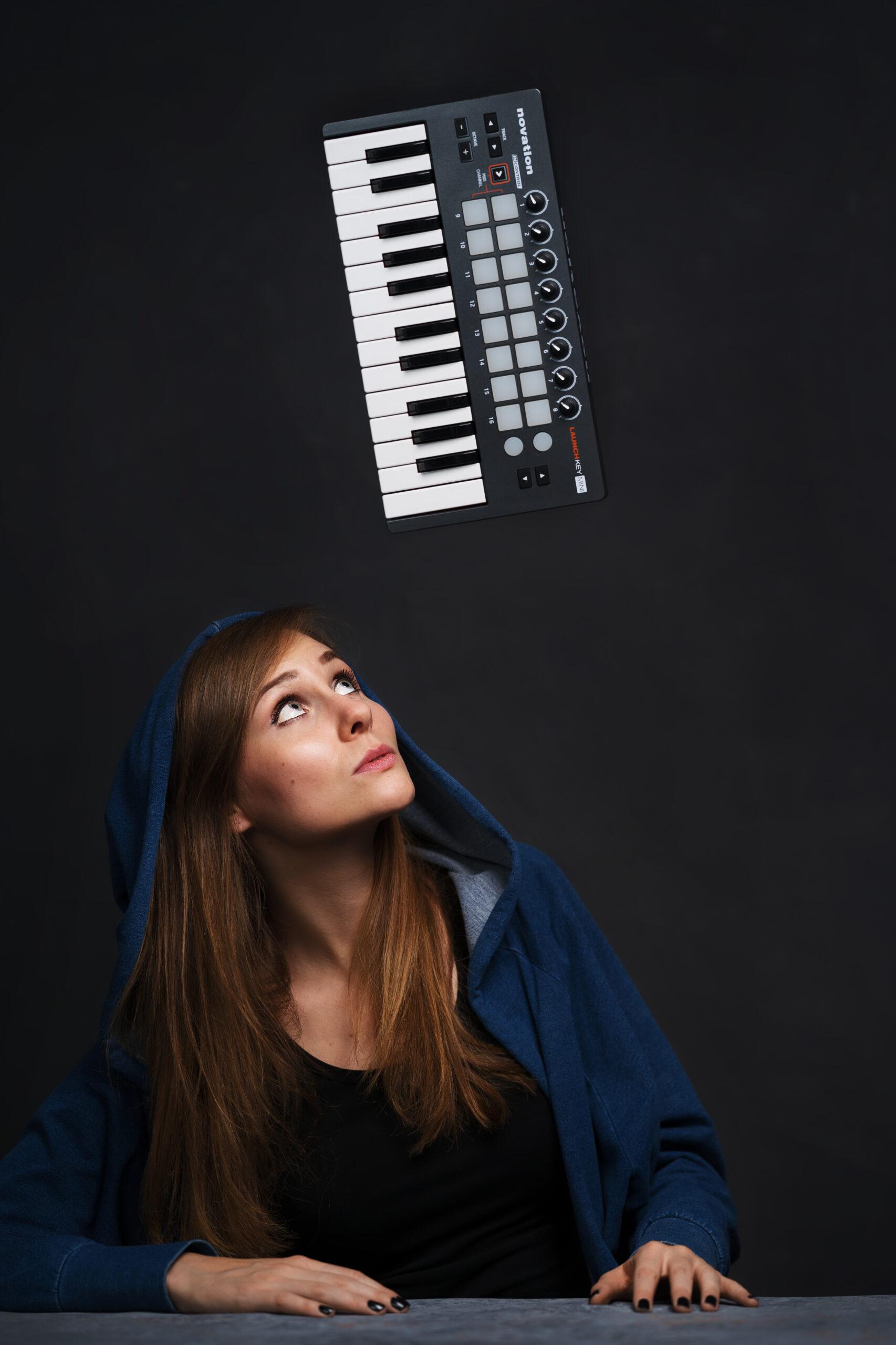 Magdalena Gorwa is a graduate of composition (with distinction) with Cezary Duchnowski and Paweł Hendrich at the K. Lipinski Academy of Music in Wroclaw. Since 2019, she has been a member of the Polish Society of Contemporary Music and the Youth Circle of the Polish Composers’ Union.

She has received scholarships granted by the Ministry of Culture and National Heritage and the President of Wroclaw for talented, young people with artistic achievements.

Since 2016, she has been composing music for theatre performances, mainly for puppet theater. Since 2019, she has been the composer of the Teatr Aczemu founded by Małgorzata Pilczuk, which promotes children’s literature throughout Poland.

In cooperation with with the WELT.collective creates interdyscyplinary projects based on an unconventional combination of classical and electronic music, singing, performance and visualization.

In addition to being musician she likes travelling and watching animated movies.